Does God Always Bless Us? 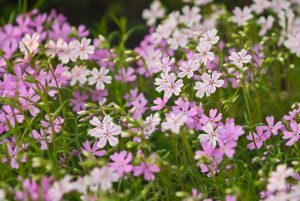 The concept of what the blessing of God should look like comes in so many different shapes and sizes that it’s sometimes hard to wrap your head around it. By “blessing” I mean a condition that brings goodwill and happiness, or being under God’s favor. Some almost reduce it to suffering, thinking that you have to go through trials and tribulations in order to experience the blessings that God offers. On the other side of the scale are those who equate divine blessing with great wealth. The more God blesses the richer you are. Between those two opposite positions there are a myriad of opinions and ideas floating around. Where is the truth in all of this? I certainly don’t have the answer, but I would like to share about an experience that helped me realize that God delights in blessing His children. Unfortunately we often don’t even see it.

When I was in my early-twenties circumstances dictated that I live for about six months with a newly married couple, whom I’ll call John and Mary. We got along great, and we’re still in touch after all these years (I won’t admit how many!). But there was one area that we disagreed on, namely the existence of God. John was an atheist or agnostic, I don’t remember which. We had discussions on the topic (should I say arguments?), but I think that most of the time we avoided the subject matter in order to keep the general peace.

After a few months of rooming together it became evident to me that something was irritating John. It came to a head when I was sharing with them what had happened to me that day. I had gone into a shop to buy something and had accidentally left my wallet behind. As I was leaving the store another customer yelled out to alert me to that fact. With a grateful heart I thanked the man and retrieved my forgotten wallet.

“Not again!” declared John with resignation in his voice.

“What do you mean?” I asked in surprise.

“You have a good-luck charm follow you wherever you go!” he answered.

To prove his point he went on to mention examples of other things that had happened to me, instances when I had been blessed by incredible luck, as he saw it. I have long since forgotten the illustrations he gave, and even back then I hadn’t even noticed them.

I tried to convince him that I had no such good-luck charm, but he wasn’t buying it. I pointed out that, if anything, he was noticing God’s protection and favor, but he liked that idea even less. After this conversation, and until we moved and went our separate ways, he continued to point out incidents, little things from daily life, that were proof, according to him, of my special luck.

I started wondering about what he was seeing that I wasn’t. I came to the conclusion that he was witnessing evidence of God’s blessing on my life. I’m embarrassed to say that I wouldn’t have even noticed it if he hadn’t mentioned anything! Sure, I was certainly aware of God’s help and protection at various times, but not to the extent that John was seeing. I wasn’t seeing the big picture like he was.

I’m not implying that I’m special in any way. I’m sharing this to show that God is in the business of blessing His children. To my shame it took someone who doesn’t even believe in God to point that truth out to me.

Do we have any influence on the blessings we experience? Of course we do. First of all, we have to be His child. The teachings of Jesus called the Beatitudes give us a further hint as to who is blessed. One could say that, in general, an upright life leads to blessing. But God is neither reluctant nor stingy in handing out His blessings. On the contrary, He’s looking for every opportunity to do so.

It’s now been many years since John pointed out to me that I had a “good luck charm.” I can testify to the fact that the Lord has been faithful, and that as a child of God I am under His blessing. Hopefully I notice it more than I did back then. There’s an old hymn that encourages us to “count your blessings, name them one by one.” That’s very good advice!