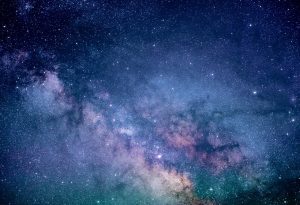 17 By faith Abraham, when he was tried, offered up Isaac: and he that had received the promises offered up his only begotten son, 18 of whom it was said, That in Isaac shall your seed be called: 19 reasoning that God was able to raise him up, even from the dead;

What happens to our faith when we doubt God’s promises? Since they are the foundation of what we believe, it’s only natural that any misgivings cause our faith to come crashing down in one big bang. Because of the fallen nature of the world we live in, there are many times when it appears that God doesn’t keep his word. How should we react? Let’s look at the example of Abraham.

First, let me briefly remind you of his story. God promised Abraham not only a son but also a nation of descendants that would eventually bless the whole world (thanks to the Messiah, Jesus). Abraham and his wife, Sarah, waited twenty-five long years until they grew so old that pregnancy was physically impossible. Only then did the promise come true, and Isaac was born.

So you can imagine Abraham’s shock when God ordered him to sacrifice his son. In addition to the sheer horror and heartbreak he must have felt at the thought of killing his beloved child, he knew he would be putting God’s promise to death as well.

Have you ever thought that a promise of God was dead? Maybe you experienced something opposite to what the Bible describes and doubted the Lord’s words as a result. There are many reasons why it would appear that God’s promises are no longer valid, not the least of which is Satan. He’s doing everything in his power to make God out to be a liar.

So why was Abraham able to immediately set out to obey God’s command? In his place, I would have argued with the Lord and then delayed the inevitable as long as possible. But not Abraham, and for a simple reason: he believed God’s promise. In fact, he believed it so much that he knew that Isaac couldn’t stay dead for long even if he did die—after all, he had descendants to produce.

The text describes Abraham as “receiving” God’s promises. That word means “to welcome, to entertain hospitably,” pointing out the fact that he took God at his word. He focused his thought life on building up his faith and fighting any doubts against it. As a result, the notion that the Lord could raise someone from the dead wasn’t such a crazy idea—he knew God well enough to recognize that nothing could stop him from keeping his word.

Let’s fast forward to the present to consider a promise that many people doubt: God has defeated evil. When we look at the world around us, it certainly doesn’t appear to be the case, does it? The news is full of stories of war, corruption, genocide, human trafficking, oppression, the destruction of the environment, not to mention your “garden-variety” murders and rapes.

But what we see doesn’t tell the whole story. The destruction of evil is still a future event—when Christ returns—while at present, God is hard at work in individuals. His focus is on transforming the hearts of his followers to enable them to overcome the evil in their thoughts and impulses. As much as we would like him to act more decisively, he has reasons for being more discreet—I suspect human freedom has a lot to do with it. Nonetheless, it doesn’t take away from the truth that evil’s days are numbered.

Like Abraham, we sometimes face the same decision: believe what we see or trust what God has said. Abraham’s actions—and the history that followed—encourage us to recognize that faith is always the right choice.

So whenever circumstances convince us to doubt one of God’s promises, let’s remember Abraham’s example. He didn’t trust appearances but held unswervingly to the Lord’s oath. Although he didn’t live long enough to see the ultimate fulfillment of the promise (the nation of Israel and the Messiah’s coming), he received his son back alive and well.