The Ultimate Proof of Being a Christian (Ephesians 1:15-16) 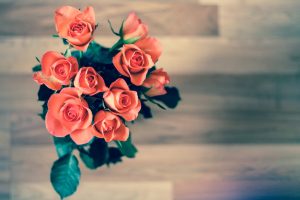 15 Wherefore I also, after I heard of your faith in the Lord Jesus, and love unto all the saints, 16 Cease not to give thanks for you, making mention of you in my prayers;

What is the ultimate proof that someone is a follower of Jesus? Something that is so important that its absence should give a person pause to reevaluate his or her spiritual condition. Let’s go to the Master Himself to find the answer to such an important question. On the night before His death Jesus was eager to share with His disciples important truths that would help their faith endure after He was gone. One of the many things He said is found in John 13:35. The Carol Paraphrase Version goes like this: “This is how everyone will be able to recognize that you are a true follower of mine: if you love one another with a sacrificial love.”

In today’s passage listed above both Paul and the Ephesians are examples of such love. Let’s first look at the believers from Ephesus. What reputation did they have that reached Paul all the way to Rome, where he was in prison?

First of all they were known for their faith. The two Greek words Paul uses that are translated “your” have the meaning of “among you.” In other words, their faith wasn’t only personal and internal, it was visible in their midst. In was seen in how they acted and treated one another. Their daily life reflected their faith.

The second attribute they were known for was their love for all other believers. The Greek word for “love” is “agape.” This is the term used to describe God’s love, and has the notion of being selfless and unconditional. The Greeks had different words for different kinds of love, and this term referred to its most universal and highest form.

The word “saints” refers to believers. It’s not alluding to the level of morality or holiness in their lives, otherwise I’m sure they wouldn’t be called saints! Rather, it has the meaning of being “separated for” or “devoted to” God. It shows how the Lord sets apart for Himself those who put their trust in Jesus.

Paul doesn’t specify exactly what the Ephesians did to deserve such an excellent reputation, but I’m sure we can imagine it quite well. Expressions of love haven’t changed in thousands of years. I suppose they helped those in need, they encouraged each other when down, they were kind, they were patient, they didn’t give up. I’m not saying they were never irritated, angry, or hurt! But when that happened they forgave. What’s more, they behaved like this not only with members of their own church, but with all believers!

Let’s now move on to Paul, how is he an example of love? He’s in prison, so it’s not like he can do much to help or bless them. In addition, they are separated by over a thousand miles! But there is one thing he can do, and that is pray. Not once, or twice, or even from time to time, but habitually, never failing to give thanks for them.

I don’t know about you, but I find that regular prayer for someone is hard. I have no problem praying once or twice, or even for a week or two. But for months, or even years? That requires more discipline and dedication. And yes, love.

We’ll see next time what Paul prays for the Ephesian believers. Whenever I read the prayers of Paul in all his letters, not just Ephesians, I am struck by his deep concern and care. His words reflect a profound love, and frankly I sometimes feel guilty because I don’t see the same depth of feeling in me. Not for such a large group of people, anyway.

The good news is that Jesus can fill our hearts with such love. That’s why He says it’s the mark of being His follower. Growing closer to Him and becoming more like Him will result in having more love. If we don’t see this happening in us, then it’s probably a good idea to figure out why.