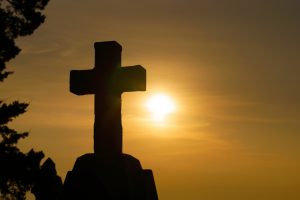 9 Having made known unto us the mystery of his will, according to his good pleasure which he hath purposed in himself: 10 That in the dispensation of the fullness of times he might gather together in one all things in Christ, both which are in heaven, and which are on earth; even in him:

The one issue that causes the most doubt about God is the problem of evil. How could a loving Creator allow such wickedness and suffering? The answer isn’t found in these verses, but they do show an important truth that is worth remembering: there will come a day when evil will be destroyed and the problem will be over!

The normal usage of the word “mystery” in ancient Greece referred to knowledge that was hidden, secret, and known to only the initiated. The New Testament changed the meaning from “information that is withheld” to “truth that is made known.” In other words, it refers to the purposes of God that are revealed and enabled to be understood by the Holy Spirit. I would compare it to a loving father teaching his son the secrets of his trade. He doesn’t lump everything on the poor boy all at once! Instead, as the child grows and is able to understand more, the father explains and imparts a greater amount of expertise and insight. In the same way, throughout the 1500 years of the writing of the Bible God revealed and explained a growing amount of His purposes and will.

I will add here that the Greek word used for “will” refers to a desire based upon emotions. And the term “good pleasure” indicates “a kindly intent, benevolence, a gracious purpose. ” In other words, Paul paints the picture of a God who is motivated by love and acts based on what He believes is for our good. Paul goes on to say that God Himself determined to do so. No one had to twist His arm. He wasn’t reluctant.

So, what did God determine, and what does it have to do with evil? I realize that many people doubt God’s love and kindness. I have done so myself at times. Let’s go on to the next verse, which shows us what God’s ultimate purpose is. What is this “mystery” that God has revealed?

The word “dispensation” means “administration,” and the word “time” refers more to “seasons” or “periods” than to chronological time. Every once in a while someone predicts that the end of the world is near. And of course it never is (we’re still here!). But the Bible does make it clear that history is moving forward in a linear fashion towards a specific goal. A time will come when “fullness” is reached. Just like you can’t add another drop to a full glass, a day will come when there will be no more room for another age or season. That moment in history will be administered by God for His purposes.

And what will happen? When we think of the end of the world we usually have visions of the apocalypse and Armageddon. I’m not denying those things, but that’s only part of it, and not what Paul mentions here. There is an even higher purpose than the destruction that often comes to find: restoration.

God’s plan is to gather everything together under Christ. The words “all things” don’t refer to intelligent beings only, but to all of creation, which would include animals and nature as well. The Greek preposition “again” points to the restoration of something that was in the past. In other words, Paul is writing how God intends to restore the entire universe to what it was before sin made its ugly appearance. The perfect harmony of all things that existed before the fall of mankind will be reestablished. When that happens there will be no more evil.

We may struggle with how to reconcile the idea of a loving God with the wickedness we see all around us. But it’s important to remember that this world is not the final product. Thanks to Christ’s death and resurrection, God has made it possible for the future restoration of all things.