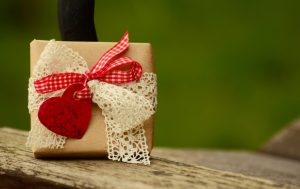 8 For by grace are you saved through faith; and that not of yourselves: it is the gift of God: 9 Not of works, lest any man should boast.

When I decided to do this blog, I started reading all about how to set one up. All the articles claimed that it was easy, and I believed them… until I actually tried it. I quickly realized that they had lied! So I turned to that ultimate source of “how to” knowledge – YouTube. A great video walked me through the entire step-by-step procedure.

Paul has spent the previous several verses on the topic of what salvation is all about. He now turns his attention to explain how we can get it. He brings us through the “how-to” process.

The first word that we need to understand is “grace.” We’ve all heard it repeated countless times, but what exactly does it mean? The Greek term had several inter-connected connotations:

When Paul writes “by grace,” he’s basically describing God’s motivation and actions when it comes to salvation. A little further in the verse Paul calls this new life a “gift of God.” He couldn’t have put it any clearer: God offers us salvation as a gift, based on his grace. A present is always given freely, with no expectation of payment. Otherwise, it isn’t a gift! Imagine if I offered you a new book for your birthday, but then asked you to pay for it. You would probably look at me strangely, and then throw it back in my face! What kind of a present would that be?

Having clarified God’s part, Paul goes on to explain how we can be saved. This is where we encounter our second important word, “faith.” Its meaning has several aspects:

When Paul uses the expression “through faith,” he is talking about the method of obtaining salvation. It could be translated “by means of faith.” Whereas grace refers to God’s attitude and actions, faith describes what is our part. The only way to receive the gift God offers is to place our trust in Jesus as Savior.

A gift is never earned; it can only be accepted or rejected. Paul makes this clear in the following verse, where he points out that we are not saved thanks to our good works. Otherwise, we would be able to take the credit before God. But there is no room for such boasting.

Suppose you overheard me claiming to have bought an expensive car that you knew I had been given. You would probably confront me with the truth. This is what Paul is doing here – he is reminding the Ephesians that they have no bragging rights. They can never say that they were good enough, or religious enough, to be saved. They can only admit to having received new life by means of their faith.

God is still offering the gift of salvation to anyone who will listen. Have you accepted it?