How Can We Defeat Fear? My Story 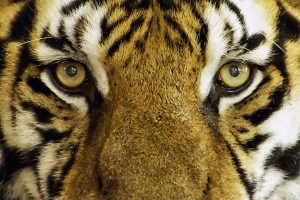 The saying goes that we have nothing to fear but fear itself. If we’re not careful, it can take over our lives. Fear feeds on itself, and as a result, its cause can grow to appear so much bigger than it really is. Just like a shadow can become so much larger than its object. This is what happened to me.

I knew better than to fight the fear on my own, so I turned to the Lord for help. I had always heard that prayer worked, that the Lord listened. I asked Him to take away the fear. I asked for His peace. I can’t say that my prayers had no effect whatsoever, but their impact was less than I had hoped. Why was God so silent? Was He not listening? My prayers made only a small dent, or so it seemed.

Fear became my constant companion as if a crouching tiger was tied to me, ready to pounce at any moment. No matter what I did, I couldn’t escape it. I felt as if it might devour me in an instant. Fear was with me when I woke up and when I went to sleep.

One night I turned the light off to go to bed, and it happened. Panic! Terror! I couldn’t breathe! I felt trapped inside a body that couldn’t take in even the smallest breath. Not knowing what to do, I started to pray. Prayer might be too big of a word. It was a cry for help really, one or two words haphazardly jumbled together. But it was enough, and I felt instant relief, I could inhale! At least enough to survive. But every breath was a struggle. The fear had me in a tight noose.

I took the Bible and started to read out loud. The ancient words had a mysterious power that certainly didn’t come from the strength of my voice, which was barely above a whisper. With every spoken verse, the terror that had seized me slowly let go of its grip. How long did I read? I don’t know. I kept reading. After a while, my eyes started to become heavy, and I finally nodded off to sleep.

A week or two later, I was praying with a friend. I asked God to take away the fear. When we finished, she politely suggested that I was praying all wrong. She said I shouldn’t ask God to help me defeat my fear, because He had already done so. Instead, I should claim victory and tell the fear to leave in Jesus’ Name. Later that night I thought about her words. I then picked up a book I was reading at the time, Sit, Walk, Stand by Watchman Nee. It’s a study on the letter to the Ephesians. I happened to be in the section commenting on the sixth chapter, where the Apostle Paul is talking about spiritual warfare. Coincidence? I don’t think so.

Here are some of the words that I read that night: “In the person of Jesus Christ, God has already conquered. He has given us his victory to hold … For our part, we need not struggle to occupy ground that is already ours (in Christ we are “more than conquerors” – Rom 8:37) … Thus today we do not fight “for” victory, but “from” victory, … When you fight to get the victory, then you have lost the battle at the very outset. … We must not ask the Lord to enable us to overcome the enemy, nor even look to Him to overcome, but praise Him because He has already done so; He is victor. It is all a matter of faith in Him.”

I decided to take a different approach to fight this fear that continually threatened to overwhelm me. I told it to leave in the Name of Jesus, acknowledging that God had already given me His victory and His peace because I am His child. Then I went to bed.

I woke up the next morning. I listened to the silence around me. It slowly dawned on me: the fear was gone! I was free! I was so surprised by this turn of events that I didn’t even know how to react.  Fear, my constant companion and tormentor of the last few months, had disappeared. Out the door! It had been so long that I had forgotten how it felt to be without it.

That crushing fear has never come back, even after all these years. Oh, there have been many attempts, but whenever one happened, I claimed the victory in Christ, told it to leave, and the fear was gone. Such incidents slowly became fewer and further between until they stopped altogether.

I certainly don’t mean to imply that I never have any fears. Of course, I do! There is always one battle or another going on. But they have never been so overwhelming. This experience has radically changed my thinking about how to fight. Christ has given His followers the victory. He has also supplied His peace. He has given so many other blessings to believers as well. For all those things that we know we have in Christ, there is no point in asking Him to give them to us. He already has! I made that mistake many times and then wondered why God didn’t answer. Instead, we must thank God for what He has provided, pray against any barriers that keep us from experiencing it, and apply it to our lives.

Isn’t that what faith is all about?