How Can We Experience God’s Strength? 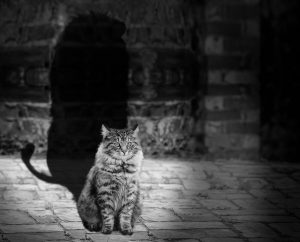 “The Lord is my strength.” What enabled King David to make this declaration so confidently? If you’ve read any part of the Old Testament, you know that he didn’t have it easy. He needed God’s help to navigate through many patches of rough waters, and so do we. Regardless of whether we’re in the throes of a worldwide pandemic, going through a private storm, or overwhelmed by the problems of everyday life, we may feel that without a divine power boost, we’ll never make it through. So, how can we get it?

Let’s look at David for a second. He was a teenager when he was anointed to be king. Image the shock that must have caused him. One minute he was out in the boonies guarding the sheep, and the next, the prophet Samuel declared him to be the future king of Israel. To make matters worse, he had to wait another fifteen years for his coronation while mostly running for his life from King Saul.

If I were him, I would surely be having doubts. But not David. Even from his youth, David was an example of how to experience God’s strength. What was his secret? I think that Psalm 28:7 gives us a clue: “The Lord is my strength and my shield; my heart trusts in him, and he helps me.”

David chose to trust God, which in turn enabled him to experience God’s help. Faith is always the key to receiving anything from God – whether it’s salvation or the strength to make it through the day. When we believe that God is with us and is willing to help, we open the door for him to act in our lives.

How do we know David trusted God? We see it in his refusal to kill King Saul when he had the chance. He determined to do things God’s way, declining to take matters into his own hands. Trust always leads to obedience, and David followed God’s direction, even to his detriment. He had to continually live in hiding from Saul, who was bent on destroying his life.

Now, David was far from perfect. But despite his failings, he’s described as “a man after God’s own heart.” What does that mean? I believe it refers to his resolve to trust and follow God, no matter what. His faith led him to experience divine help, which allowed him to say with confidence, “The Lord is my strength.”

I realize that faith can be challenging, and I’m sure David would agree. If we read his psalms, we get a glimpse into why he trusted God so much. David was always honest about his doubts and questions, but they never became his focus. Instead, he concentrated on God Himself, his attributes and actions, and on the reasons why the Lord is trustworthy. That is an excellent roadmap for us to follow.

No matter what we’re going through, God sees our situation and is willing to help us come out on top. If we trust him, like David, we’ll be able to say with confidence, “the Lord is my strength.”