Should We Ever Be Indifferent? 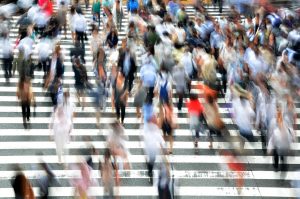 “I’m not hostile, I’m just indifferent.” I’ve heard such words more than once to describe a person’s attitude towards God or other people. But is indifference a valid justification to ignore whatever or whomever is inconvenient? To answer this question, all we need to do is examine the feelings of the person on the receiving end.

Let’s look at two examples. The first happened to a friend of mine. Her father ended up in the hospital, and after a few weeks he unexpectedly passed away. From the moment he was hospitalized up until the funeral, none of the other siblings helped in any way, although they lived nearby. How do you think my friend interpreted their indifference? How would you?

My second example comes from Elie Wiesel, the Nobel-Prize winning author. At the age of 15 he was sent to the Auschwitz concentration camp, and then to Buchenwald. He was the only member of his family to survive the Holocaust. We can feel his pain as we read one of his most famous quotes: “The opposite of love isn’t hate, it’s indifference.”

When the very people who should care are indifferent towards us, it hurts. Not only that, we often take it to be a subtle form of hostility. If we react in this way, how do you think it is with God? Why should He be any different?

Before going on, I’ll admit that we can’t possibly care about everyone and everything. But there are some things towards which we should never be indifferent. On this list (by no means complete) I would first place God, because He’s our Creator and we’ll face Him one day. In second position is our family, and then people in life-or-death situations that we’re in a position to help.

The reason I’ve raised this topic is not to point the finger at anyone else. Quite the contrary. I find that when it comes to God, I can use indifference as an excuse just as much as anyone – with a twist. “I’m not disobedient, I’m just indifferent.” I’ve noticed that if I’m not careful, I can try to convince myself that simply ignoring the will of God isn’t really the same as rebelling. After all, I’m not actively opposing God, am I? I’m just indifferent.

Really? Who do you think I’m fooling? Certainly not God! And how do you think He feels? The same as my friend or Elie Wiesel? In fact, I think His pain and disappointment is even greater, because He sees everything much more clearly.

Therefore, the next time I consider a word or command from God to be inconvenient, and I find myself ignoring it, may I call it what it really is: disobedience – not indifference.