What Happens When Hope Dies? 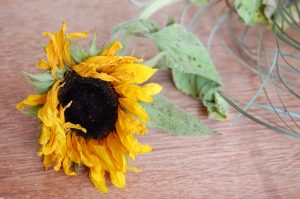 For a year I lived in inner-city Chicago. My neighborhood didn’t belong to the best of areas, to put it mildly. A few blocks away from my apartment was the border between two warring gangs, and during the summer, with my windows open, what sounded like firecrackers could be heard in the distance. Sadly I knew it was something much more deadly! Fortunately only once was a gunshot close enough that I could hear someone screaming.

This was my first experience living in the inner-city. If you had asked me then what depressed me the most about my neighborhood, I wouldn’t have said the lack of security, or the trash strewn about, or the drug house across the street. While those things were certainly distressing, something else impacted me more. I could feel it as I walked the streets, like an invisible gas that permeated every nook and cranny and affected the whole area: a lack of hope.

I had never thought before about the impact of hope on a human soul. But here was evidence all around me of what happens when hope dies. I suppose it’s not so surprising. If there are no prospects for a better life, no expectation of improvement, no confidence of success of any kind, then frankly, why even try? It’s easier to sink into frustration, anger, and despair.

This process of hopelessness hits us on an existential level as well as in less serious areas. For example, for most of my adult life I have battled acne. I thought that once I was no longer a teenager the problem would go away, but no, I wasn’t so lucky. I tried different things, but nothing worked. I eventually lost hope and gave up. After several years I had a conversation with an esthetician, who convinced me that my outlook wasn’t as bleak as I thought it was. Armed with a new attitude, I tried again, and slowly but surely my condition improved. What made the difference? Hope.

It’s not surprising that the Bible talks a lot about hope. God is the One who made us, after all, and He knows better than anyone how we function. The pages of Scripture reverberate with hope. The Bible uses the word in a different way than we often do. It doesn’t refer to a situation when we don’t know if something will happen, but are optimistic that it will, such as saying, “I hope it doesn’t rain tomorrow.” No, in the Biblical sense the word describes an assurance of something, even if it hasn’t happened yet, or if we don’t see it. It is the certainty that something is true or will happen in the future.

What kind of hope does God give us? It touches every area of life, from the ultimate issue of where we’ll spend eternity, to our victory over sin and weakness, to the assurance of help and grace in any situation, big or small.

Unfortunately, hope is exceedingly fragile. The evil world around us makes sure of that! If we’re not careful to fan its flames, by focusing on God’s faithfulness and His promises, it can easily fizzle out and die, causing the kind of destruction and despair that I witnessed in my Chicago neighborhood.

May the words of Romans 15:13 come true for you and for me. Here is my paraphrase: May God, who is the One who gives hope, fill your hearts with all kinds of joy and peace because you trust in Him. As a result, may the Holy Spirit cause hope to be so abundant in you that it is visible for all to see and encourages the hearts of those around you.