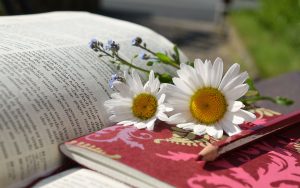 For we are his workmanship, created in Christ Jesus unto good works, which God hath before ordained that we should walk in them.

Which came first: the chicken or the egg? This dilemma is often used to describe situations when it isn’t clear which of two events is the cause and which is the result. The first-century Greek biographer Plutarch first posed the question in one of his essays. A similar problem is often debated in Christian circles, but with a twist. Which came first: salvation or good works? We’ll see how Paul gives us a clear answer to this important question.

The first word we encounter – “for” –  connects this verse to the previous one. Paul is going to show us the reason why no person can boast about earning their way to heaven.

Paul uses an interesting word to describe believers. He calls them God’s “workmanship.” This expression refers to “something that has been made, a work.” Christians themselves are the handiwork of God. Paul takes it a step further by saying they are “created.” The term paints the picture of being made, formed, or shaped by a creator. This creation is defined as being “in Christ.” That is, it happens only in the context of a union, or a relationship, with Jesus.

So what is Paul saying? He is showing us that salvation is the work of God in a believer. At its core it is a spiritual rebirth, which can only be performed by God. All we can do is receive it by entering into a relationship with Christ.

What outcome does God expect from his actions? This is where good works come in. The little word “unto,” which could also be translated “for,” indicates that salvation leads to good works, they are its consequence. This intended result wasn’t an afterthought on God’s part, either. The term “ordained” means “to prepare before, to make ready beforehand.” And the word “walk” signifies “to regulate one’s life, to conduct oneself.”

So what does this all mean? God expects believers to behave in a certain way. He has given them new spiritual life in Christ. He has done everything so that they know right from wrong. His purpose is so they will conduct themselves and organize their lives within the realm of good works –  whatever is righteous, upright and honorable.

We all know that believers don’t always live like this. Yes, they fail. No one is perfect. But salvation has such an impact that the general direction of a believer’s life should be towards more and more good works, causing a visible change.

We now have the answer to that age-old question, “which comes first: salvation or good works?” First comes the divine act of salvation, followed by the human performance of good works. That order can never be reversed, because nothing we do will ever cause a spiritual rebirth. But if a person never displays any good works, then there’s good reason to wonder whether they have ever been saved.