Why Does Only Jesus Save? Aren’t All Religions Just Different Roads to the Same God? 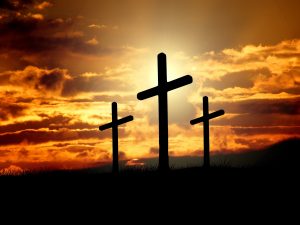 If there is one thing the Bible is very clear about, it is that salvation is found in no one else but Jesus. This message is repeated throughout the Old and New Testaments. God condemns all other gods as being false, (1) and the first of the Ten Commandments is to worship no other God but him alone. (2) The Old Testament prophesied about a future Savior, whom Jesus claimed to be. (3) He even proclaimed himself to be the only way to God. (4) His followers preached that salvation is found in Christ alone. (5)

Christianity’s message of being the exclusive way to God has caused numerous accusations of intolerance. But I would answer these charges in this way. Let’s say I’m hiking over a high mountain, and my guide says there’s only one safe passage to follow – would I call him narrow-minded? Or what if I had a severe illness and my doctor claimed there was only one medicine that could cure me – would I accuse him of being intolerant? I don’t think so. Exclusivity doesn’t inherently mean intolerance.

The question of why Jesus is the only Savior is key to understanding the Gospel. The short answer is that only Jesus can deal with the barrier between God and humanity, which is our sin.

Let’s first look at the problem. The literal Greek meaning of the word “sin” is “to fall beside or near something.” The idea is of missing the intended target. For example, if I tried to shoot at a paper bulls-eye, I’m sure I would miss it by quite a lot! In the same way, sin is anything that deviates from truth and uprightness, even if just a little. Its impact is universal. (6) We don’t need to read the Bible to know that no one is perfect.

If humanity is to be reconciled to God, the problem of sin must be resolved. That is because the Lord is holy and can have no fellowship with sinners. (7) I imagine it this way. Let’s say a scientist wanted to approach the sun to study it from up close. Such a task would be impossible because of the heat generated by our closest star. The researcher would be burned up in an instant! In the same way, God’s holiness doesn’t allow sinful mankind to approach him.

But what if that scientist had some special protection from the heat? He could then get as close as necessary to do his research. In the same way, God has provided a way for sinful people to approach him without getting burned up by the purity of his holiness: the cross.

Jesus died to pay the penalty for our sin. (8) By being both God and man, he could atone for the sins of every person who has ever lived or will live. God couldn’t just forgive humanity without the penalty for sin being paid – that would be unjust – so Christ came on earth to take our punishment upon himself. When people believe in Jesus, he forgives their sins, enabling reconciliation with God. (9) What’s more, Christ gives his own righteousness to his followers, allowing them to stand before God without blemish. (10) Going back to my sun illustration, Jesus is that “special protection” that lets us approach God.

The problem with all other religions is that they fail to solve the problem of sin. Religious activities, rules of morality, or even sacrifices do nothing to remove its stain. (11) They’re an attempt to approach the sun with no shield to safeguard from the heat. We can try all we want, but without the protection that God has provided, we will only end up getting burned.