Why in the World Should I Become a Christian? 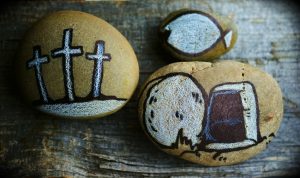 “Why?” Children can drive their parents crazy with this question. I know I did. It just goes to show that we have an ingrained need to find the purpose for everything. It’s no different with Christianity. Learning the reason why we need Christ is fundamental to becoming his follower.

A cursory glance at society is enough to give us a clue as to the answer. The world is in a huge mess, and the reason is human beings (it’s certainly not the animals’ fault). I’m not going to point the finger at anyone else – I know what’s in my heart, and it’s not pretty. Sometimes I’m appalled at my thoughts.

Going back to the example of children for a second, we don’t need to teach them to be selfish and disobedient, do we? Unfortunately, it comes very naturally to them. That’s because of what the Bible calls sin. We have an inborn tendency to act in destructive ways. We’ve all done things we know are wrong. We may be able to curb our impulses sometimes, but no one can control them all of the time.

It’s easy to see the result of our propensity to sin. Wars, oppression, pollution, genocide, slavery – the list goes on and on. Not only has it damaged our planet and ruined our connection with other human beings, but it has destroyed our relationship with God. You see, our Creator is holy and can have no fellowship with imperfect people. His holiness burns up any impurity, so we can no more approach him than we could get near the sun.

God could have left us in this hopeless state – living on a planet full of misery followed by an eternity without him. But he came up with a plan of rescue. The solution, to be effective, had to deal with the root of the problem: sin. That is why the Creator became a man – Jesus – so that he could pay the penalty for sin, which is death, in our place. Thanks to the cross, he satisfied God’s justice and enabled us to be forgiven, thereby opening the door for reconciliation.

Let me illustrate this with a story. There once lived a judge known for his honesty and fairness. Unfortunately, his son fell in with the wrong crowd and rebelled. One day, while attempting to rob a store, he ended up killing the shop owner. When brought before his heartbroken father, the judge had no choice but to follow the law and condemn his son to die. But he then did the most unusual thing. He came down from his bench, took off his robe, and offered to take the penalty upon himself. This is what God did for us.

We become a Christian to reconcile with our Creator. It’s not about joining a religion, attending services at a church, or following a moral code. It’s the recognition that Jesus is the only one who can remove the barrier of sin that separates us from God. It’s the understanding that this world is not the entirety of our existence, so we better be prepared for what comes next. It’s all about having a relationship with God.

An obvious question comes to mind, “How then can we become a Christian?” First of all, no one is born into Christianity. Since we’re incapable of removing the stain of sin on our own, God requires from us the only thing we can do: to believe in the saving power of Jesus. Faith can be a nebulous concept. Therefore, I would explain it with several related meanings: trust, belief, surrender, and repentance. It’s like giving God the steering wheel of our lives.

Let me demonstrate this with my own experience. I grew up in the church, so I learned about Jesus and the Gospel since the cradle. That didn’t make me a Christian. The time came when I realized that I knew a lot about God, but I didn’t know God. There’s a big difference. For example, I can know a lot about a celebrity, let’s say Meryl Streep, but that doesn’t mean I’ve ever met her (unfortunately).

At that moment, I understood that I had never asked Jesus to save me nor chosen to follow him. I immediately decided to rectify this situation, and so I prayed. I don’t remember the words, but they weren’t what mattered. What was important is that I repented of my sin and expressed my faith in Christ and desire to follow him.

Everything changed after that. No, I didn’t become perfect overnight (I wish), but I noticed a shift in my attitudes and actions. For example, I stopped using foul language, not because anyone forced me, but because I didn’t want to. God started the life-long process of making me a better person. When he enters our lives, we can’t help but change.

Yes, God wants Christians to worship him at church and abide by his moral standards, but he wants them to do so out of love and devotion. He wants a relationship with us where we can enjoy each other’s presence and friendship.

So why become a Christian? Because someday we’ll face our Creator to give an account for our lives. He’s done everything necessary to be able to welcome us with open arms. He loves us so much that he’s removed the barrier that keeps us from his presence. It’s to our benefit to take advantage of his offer, but the choice is ours.